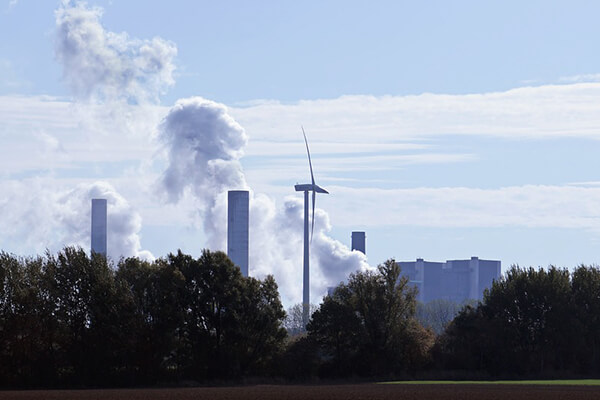 A new study has identified air pollution as a potential trigger for early menopause. It was also discovered that air pollution can increase the risk of cardiovascular conditions and cancer.

The study, published in the American Association for the Advancement of Science, was presented at the annual European Society of Human Reproduction and Embryology meeting. So, how can air pollution potentially trigger early menopause? Below, we’ll look at what the recent study found and how it could also impact male fertility.

The recent study carried out by Italian researchers looked into the effects exhaust fumes can have on female fertility. Blood tests were taken from 1,318 women from the northern region of Italy, in order to test for the anti-Mullerian hormone (AMH). This reveals how many eggs a woman has left.

The researchers also looked into microscopic pollution particles and NO2 levels in the region the women lived. It was discovered that the women who had the lowest egg count, also lived in areas with the highest levels of air pollution. This means that women who live in a high pollution environment, are approximately 3.2% more likely to have a low amount of eggs.

The research was generated from over 10 years, providing an accurate picture of how pollution can impact fertility. It revealed that pollution, including smoke from cigarettes, adversely affected women’s ovary reserves. Another important finding of the research was that none of the areas included in the study exceeded safe pollution levels imposed by EU rules.

How air pollution can impact male and female fertility

It isn’t just women who are exposed to the fertility troubles which can come from air pollution. Men’s sperm has also been found to reduce in quality when exposed to air pollution. So, if couples are living in high pollution areas, it could pose a lot of problems for them when they choose to try and conceive.

Going through early menopause can be devastating for women. However, there are still ways to have a family if it does occur. The recent study highlights the importance of testing for early menopause for those living in high pollution areas.

A menopause health check such as the one offered by SureScan can be undertaken once a year. It includes a blood pressure check, a pelvic and abdominal exam, thyroid function tests, blood tests and a cervical smear amongst many other checks. This provides an accurate picture of whether you are at risk of going through early menopause.

Those living in high pollution areas are currently unaware of the risks to their fertility. While we already know the negative impact cigarette smoke and other pollutants can have on our health, very little awareness has been provided on how it can impact fertility until now.