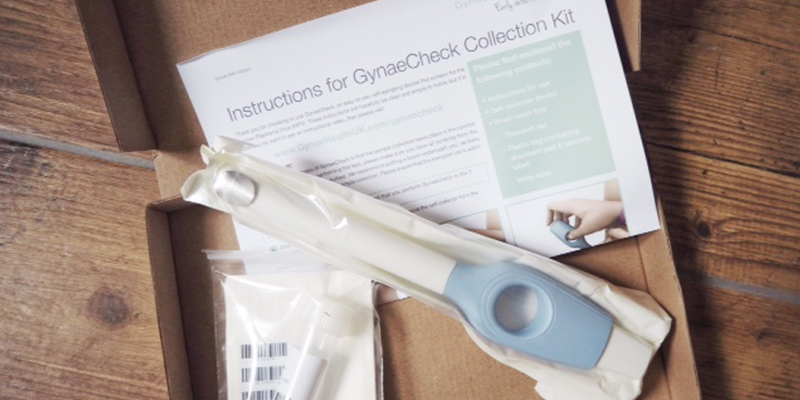 As in-clinic cervical cancer screening hits a 20-year low, experts are claiming DIY smear tests could be the answer. Giving patients the option to carry out a home-based cervical screening test, it eliminates the anxiety and fear which is said to be the leading reason patients avoid their routine smear appointments.

A pilot scheme will be introduced in north and east London, expected to take place in September. The charity, Jo’s Cervical Cancer Trust, said this home testing kit could prove to be a game changer for women.

What are the new home-based cervical cancer screening kits?

The home-based testing kits will include a vaginal swab. This will be a little longer than a cotton bud, and it will take just a few minutes to take the test. A freepost box or envelope will be supplied to send the test back.

It’s a very simple and straightforward testing kit which is so far showing great promise. The fact it can be done from the comfort of a patient’s home at their own convenience is likely to increase the number of tests carried out.

Other countries have already seen success from home sampling kits

These testing kits have already proven successful in other countries such as Denmark and Australia. More cancers have been prevented as a result of the home testing kits being introduced. So, the hope is this new pilot taking place in England, will lead to an introduction of the test within the NHS.

It is worth pointing out that the tests can be purchased online. They just aren’t available on the NHS. The GynaeCheck kit allows patients to carry out their own test at home and receive results within 10 days. However, not everyone can afford the cost of the kit, which at present is £85.

There are a number of reasons women may not want to attend their routine smear tests. Fear and anxiety do tend to be the driving motivators for missing appointments. However, for many women, the timing of the tests can also be inconvenient. Those with busy lifestyles may find it difficult to get into an appointment, so the home testing option would prove extremely beneficial.

Although the at-home screening kit is likely to increase cervical screening rates, it is unlikely to be introduced onto the NHS until at least 2020. So, in the meantime, it is very important that patients who cannot afford the current at-home testing kit, to attend their GP-based smear test. Alternatively, in-clinic cervical screening can be carried out within a private clinic such as SureScan.

If patients are anxious or fearful about the test, there are things which can be done to reduce these feelings. Taking somebody into the appointment with you, reading a book and trying out different positions if one proves uncomfortable, are all potential ways to reduce anxiety.

Overall, smear tests are undoubtedly uncomfortable, at least in terms of embarrassment and anxiety. However, they take just a few minutes and have the potential to save our lives. They also aren’t as bad as you might think if you’ve never attended one before. Book your smear test with SureScan today and see just how quick and painless this crucial test can be.