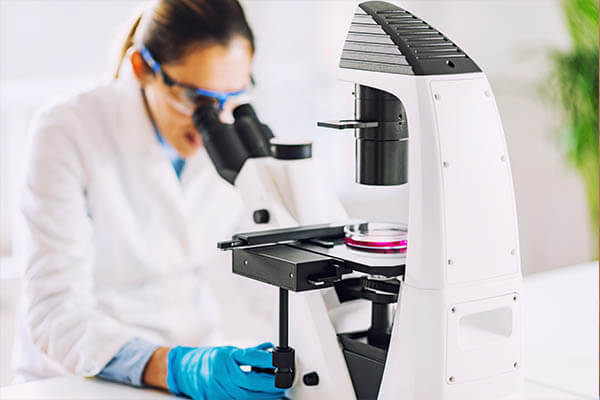 PCOS (Polycystic Ovarian Syndrome), is said to affect one in five women in the UK according to the NHS. Caused by an imbalance of the reproductive hormones, this common condition can lead to a number of health worries, including infertility.

Now, researchers have discovered that the hormone Kisspeptin can control ovarian stimulation in rats. Here, we’ll look at this new study and what it could mean for patients dealing with PCOS.

The new study carried out by researchers in Turkey has revealed that Kisspeptin could be a solution for PCOS. There are a number of hormones which contribute to fertility health, and Kisspeptin-1 is thought to be one of the main ones.

The anti-Müllerian hormone is directly related to female reproductive function. So, the researchers carried out the study to investigate the role it plays in PCOS in rats. They also looked into controlled ovary stimulation which aims to increase fertility. They looked at histopathological, immunohistochemical and hormonal controlled ovarian stimulation.

As the recent study was conducted on rats, further research will need to be carried out in humans to determine whether Kisspeptin could be the solution for PCOS.

Helping to boost quality of life

Another study has revealed that those who do suffer from PCOS, report the same quality of life as those living with other chronic health conditions. The findings of the study were published in The Journal of Clinical Endocrinology and Metabolism.

Previous studies into the quality of life for PCOS patients have been quite small. They have largely centred around reproductive age women from PCOS clinics. They also never followed up on the patients included in the study. The effects individual symptoms of the condition have on patients has also never been looked into.

This new study, carried out by researchers in Finland, assessed follow-up data from women aged 31 and 46 years old. They had taken part in the Northern Finland Birth Cohort 1966. After analysing the data, the researchers discovered quality of life scores were worse in women aged 31 and 46 with PCOS. In particular, they reported a higher level of mental distress.

What current treatments are available?

PCOS is diagnosed through pelvic exams, blood tests and an ultrasound. If you are diagnosed with the condition, there are numerous treatments available. You may be recommended to make lifestyle changes or take medications depending upon the symptoms of the condition. Due to the mental distress that the condition can cause, patients are also advised to seek counselling or other therapy to help them deal with the symptoms of PCOS.

In order to receive the correct treatment, it is crucial patients undergo a proper diagnosis. The treatments provided will focus on eliminating or reducing the individual symptoms experienced. Book a consultation at our clinic today to discover the diagnostic tests available. Call 07835 736627 to arrange an appointment at SureScan.