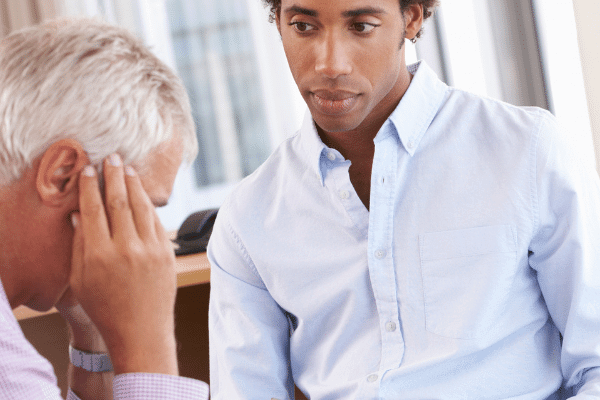 It is a biological fact that as women and men age, the likelihood of conceiving decreases alongside fertility health. In fact, the combination of both partners’ age could determine the chance of a healthy pregnancy. It is true that across the population, women who are younger than 35 and men who are younger than 40 are believed to have a better chance of having a child than those who are older.

When it comes to fertility, women’s health is often the hot topic however male fertility decline plays a contributing factor in 30-40% of infertility cases.

Women are born with all of their fertile eggs at birth, known as the ‘ovarian reserve’ which is estimated to be around 2 million. By the time puberty and fertile age is reached, this number is thought to have reduced to around 400,000. This number continues to decrease further with each menstrual bleed as this involves the shedding of the unfertilised egg and uterine lining each cycle.

Evidence suggests that from puberty through to menopause only around 400-500 eggs will actually reach maturity and be released from the ovary to be potentially fertilised in the female reproductive system.

For men it is slightly different as in contrast to the limited amount of eggs women have, men, create up to 100-200 million fresh new sperm every single day. To put it simply, this means that there is no risk that men will run out of sperm as they age.

However, there are a number of factors that do affect male fertility including reductions in sperm health and sperm motility (moving sperm). And these are both thought to continually decrease between the ages of 20 and 80.

Due to the changes evidenced in both eggs and sperm as we age, children of older parents have a higher risk of developing birth defects and genetic abnormalities. The risk of mental health issues and autism spectrum disorder is also marginally higher in those with fathers older than 40.

A 2018 study reveals that higher paternal age was associated with an increased risk of premature birth, low birth weight along with a low Apgar score (a checking system used by midwives and doctors to assess newborn health).

If you are planning a family, but are concerned about how your age might affect your chances of conceiving, then get in touch with Surescan. We can carry out a Fertility Health Check to assess several factors that affect your fertility, including a semen analysis. We can check for low sperm count and low sperm motility, but also assess any other problems that may affect your chances and discuss treatment options with you and your partner.