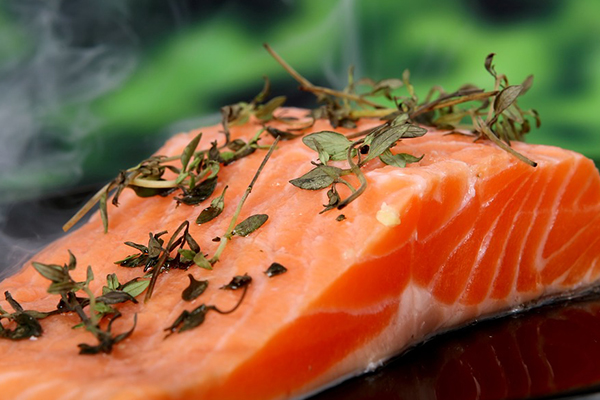 A new study into diet and menopause has revealed that oily fish could delay the onset of the menopause by three years. Carried out by the University of Leeds, the study also discovered fresh legumes such as beans, could also help delay the natural process. In contrast, it discovered eating just one daily portion of refined carbohydrates such as pasta, could trigger the menopause to begin earlier.

The average age women go through the menopause in the UK is 51. So, could your diet really impact how quickly you experience the menopause? Here, we’ll explore the findings of the new study and how diet and menopause are linked.

Understanding the results of the diet and menopause study

The new research which has been published within the Journal of Epidemiology analysed data from over 14000 women in the UK. The data covered a period of four years, with over 900 of them experiencing the menopause naturally within that time. It is the first study to look into the link between the condition and certain food groups.

This wasn’t the only food link discovered in the research either. Meat eaters were shown to also have a one-year delay of the menopause compared to vegetarians. Those who consumed more zinc and Vitamin B6 also were likely to go through the condition a little later.

Although the study only observed that certain food groups did appear to affect the menopause, it didn’t look into the cause and effect. However, experts do have their theories as to why oily fish and legumes may delay the onset of the condition[ii].

The reason refined carbohydrates could speed up the menopause is thought to be because they can increase insulin resistance risk.

How a healthy diet could ease menopausal symptoms

Did you know as well as impacting the onset of the menopause, certain foods can also help to treat the symptoms?

Hot flushes, tiredness, weight gain and even dry skin can all be eased with the right diet according to previous studies. Avoiding caffeine and other stimulants can reduce hot flushes while increasing complex carbohydrates and cutting back on fat can reduce the risk of weight gain. There is no set diet you should follow, just focus on consuming a healthy, balanced diet with as few processed foods as possible.

So, while the recent research doesn’t provide proof of the cause and effect of food groups on the menopause, it does clearly show a positive link. This can help women make better food choices to prepare them for the menopause and potentially delay it.