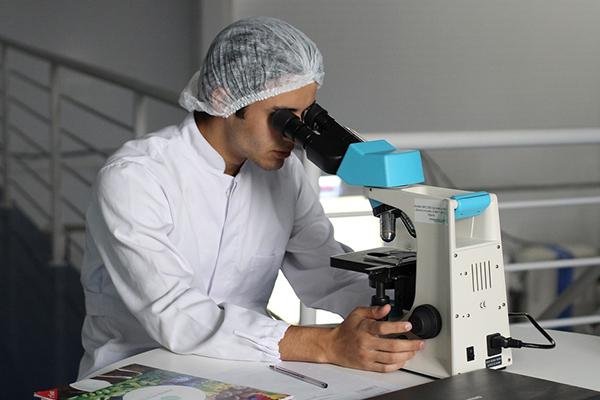 As the number of women attending smear testing has fallen to its lowest on record, experts are looking into potential solutions. Smear tests are crucial at helping to detect HPV and early signs of cervical cancer. However, a staggering number of women are still avoiding the tests due to embarrassment and the discomfort sometimes felt during the quick procedure.

One solution currently being developed is a urine test which could be just as effective as smear tests at detecting HPV. Here, we’ll look at what patients could expect from the new test.

What did the study find?

The study, led by leading gynaecological oncologist Dr Emma Crosbie from the University of Manchester, showed urine tests are just as effective as smear tests when it comes to detecting HPV.

Unlike smear tests, urine tests are non-invasive and a lot less embarrassing and painless for patients. They can be carried out at home and dropped off to the GP. It is thought if this type of testing is introduced onto the market, it could help to dramatically increase cervical cancer screening participation in younger patients.

The study involved taking urine samples from 104 women at St Mary’s Hospital in Manchester. They had each been referred to the clinic after abnormalities were detected. They were given urine tests and vaginal sample tests to carry out themselves, while a cervical swab was performed by a healthcare professional.

The samples showed that two-thirds of the women had what is referred to as high-risk HPV. That is, they tested positive for HPV-16 or HPV-18, which are thought to be the cause of the majority of cervical cancer cases.

The results of the study showed that all three tests could pick up 15 out of 18 cases. This has proven to be an exciting development that urine testing could prove to be a viable and more comfortable form of testing for cervical cancer cells.

A more sustainable solution is required

In recent years, there have been a lot of smear test campaigns, trying to encourage more women to attend their screenings. However, whilst these campaigns have temporarily helped, the results have been short-lasting.

While the majority of women do know how important these tests are, many are unable to push past the psychological issues they have about undergoing a routine smear. So, experts are now trying to look into more sustainable solutions, with the urine testing kits being just one potential option.

Patients urged to attend smear tests in the meantime

Although the new study has shown promising and exciting results, the test itself is likely to take a few years to be approved for use on the market. This means, in the meantime, patients are urged to continue attending their smear tests.

Smear testing takes just a couple of minutes and patients often find it isn’t as bad as they thought it was going to be. When you consider this simple and quick test could save your life, it really is crucial to push past that initial worry as it may not even be as bad as you think. Call us on 07835 736627 to arrange your consultation.

Non-Invasive Prenatal Testing: what to expect
Scroll to top