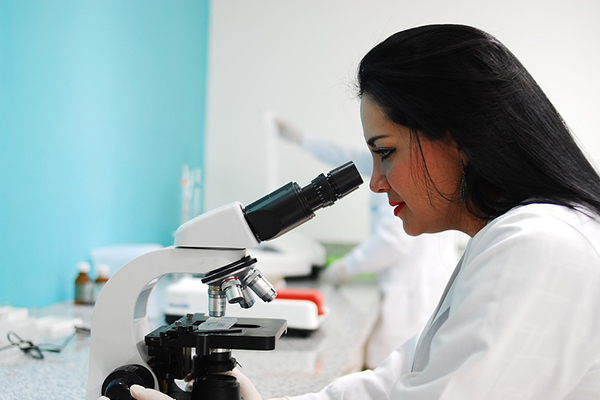 A groundbreaking ovarian cancer drug has been approved for inclusion for the first time on the NHS Cancer Drugs Fund. According to experts, this new drug could be a game changer for thousands of women in the future.

Not only could the drug prevent ovarian cancer from developing further, but it can also prolong life for those who experience a return of the disease. Here, we’ll look at why this new drug is an exciting development in the treatment against ovarian cancer. You’ll also discover how to protect yourself and identify the signs early on.

What is the new drug?

The new drug, known as niraparib, is a pill treatment designed to help women with fallopian tube, primary peritoneal and ovarian cancers. Prior to be accepting onto the NHS, it has undergone numerous clinical trials.

Results of these trials have proven that niraparib can delay cancer growth by as much as 15.5 months. Patients are required to take the pills just once each day and it’s said to work by inhibiting the two proteins which as ultimately responsible for repairing DNA to restrict cancer growth. As of yet, there is no conclusive data to show the drug’s overall survival rate, but evidence does show it can certainly prolong life.

The potential to benefit thousands of women

As it stands, the drug will be available to up to 850 women each year. This means, that thousands of women could benefit in the long-term.

Previous treatments which have recently been provided, have focused solely on women who meet very specific criteria. This new drug however, is approved for a much wider patient group.

The reason this new drug has caused excitement within the industry is because ovarian cancer is one of the deadliest to affect women. It’s even been dubbed ‘a silent killer’, as by the time its symptoms start to show, the cancer has often already developed into its later stages. This makes it incredibly difficult to treat.

It is estimated that approximately 7,400 women are diagnosed with ovarian cancer each year in the UK. Out of these, 4,128 women die from the condition. It’s also known that up to a staggering 85% of women who have had ovarian cancer, experience a reoccurrence of the disease.

It is a very difficult type of cancer to treat, but the odds of survival are much higher if it is caught early. This is why ovarian cancer screening can prove invaluable.

What is ovarian cancer screening?

Many women rely upon their regular pelvic exam at the doctors to determine the health of their ovaries. However, ovarian tumours which are in their early stages can be extremely difficult to detect through a pelvic exam alone. This is why ovarian cancer screening is often recommended.

The screening includes a TVUS, or Transvaginal ultrasound, along with a CA-125 blood test. The ultrasound delves into the ovaries, uterus and fallopian tubes, checking for any masses. Although it can detect a mass, it cannot determine whether that mass is cancerous. The majority of masses found on ultrasound screening do turn out to be non-cancerous. The blood test measures the level of the CA-125 protein as women who have ovarian cancer tend to have much higher CA-125 levels.

While this new drug is great news for women suffering from ovarian cancer, it does highlight the importance of detecting the condition early. Having regular ovarian cancer screening tests will ensure any changes are picked up quickly, increasing your chances of survival.

Is genetic testing the future of prenatal diagnosis?
Scroll to top