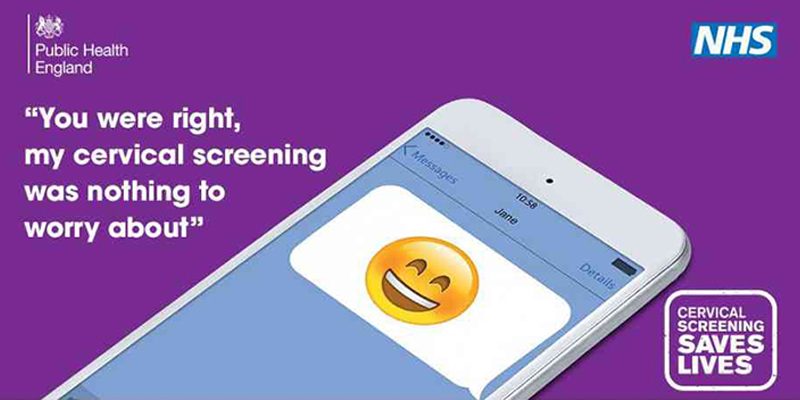 A new Cervical Screening Saves Lives campaign has been launched by Public Health England. The campaign is encouraging more women to attend cervical screening tests, as recent research shows up to 83% of cervical cancer cases could have been prevented if caught earlier.

It is estimated that around 2,600 women within England are diagnosed with cervical cancer each year, with a fatality rate of 690 patients. Most worryingly, is that 25% of women choose not to attend routine screenings with their GP.

What is a smear test?

A cervical smear test is used to determine whether any of the cells within the cervix are pre-cancerous. They are typically offered to patients who are 25, then they are provided every three years until the age of 49.

The test itself takes around ten minutes, with the actual procedure taking up just five minutes. A speculum coated in lubricant is inserted into the vagina, to keep the cervix open. A tiny brush will then be used to swab the cells. Some patients do experience a small scratching feeling, but it is rarely painful.

The new Public Health England campaign provides information on how patients can make the test more comfortable, as well as reassuring those who may be fearful of the procedure. Although the test can diagnose cervical cancer, it is not actually a cancer test. It is simply looking for pre-cancerous cells which could pose a problem later on. By detecting these pre-cancerous cells, it allows health professionals to treat them before they turn into cancer.

Once women have undergone a smear test, the majority tend to feel positive about their experience. A staggering 87% of women who attend their appointments claim they are glad that they went. It only takes a few minutes and once it’s done, provided no abnormalities were found, it won’t have to be carried out for another three years.

However, despite how straightforward and painless the procedure is, a staggering number of women still put it off due to fear and anxiety.

Things can be done to reduce anxiety before a smear test

Patients who have been putting off their smear test can do things to reduce their anxiety. You could take a friend or family member into the appointment with you, different positions can be tried if any discomfort is felt, and you are also welcome to read a book while the test is being carried out if that helps.

There are self-screening kits currently being trialled in England. These kits, which allow women to carry out their own smear test, could potentially solve the issue of having to go in and experience the embarrassment and fear of a clinic setting. However, for now, patients need to ensure they attend their routine smear tests.

If you are anxious, you can choose to get cervical cancer screening done at a private clinic, such as SureScan. It can help to undergo the test in a quieter clinic setting. As a smear test only takes a few minutes and it can potentially save your life, it is definitely worth making sure you attend your appointments.