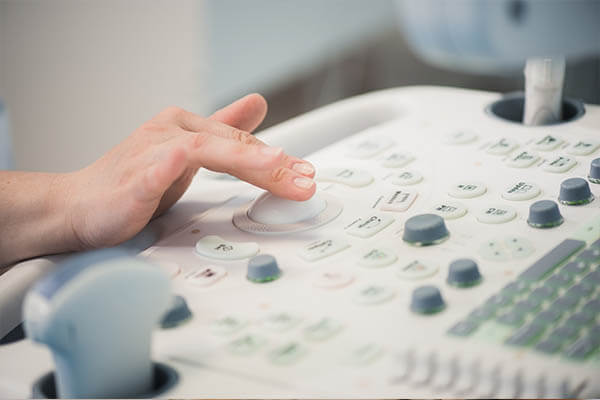 A gynaecological ultrasound can prove useful in the detection of numerous female health issues. These non-invasive scans don’t just potential identify problems, they can also provide more detailed information about them.

Fibroids are thought to affect around 20% to 30% of the population. These benign growths may not be life-threatening, but they can still cause a lot of problems for patients. They can lead to heavy, painful periods, alongside placing pressure onto the bladder which promotes more frequent urination. In severe cases, they can even cause issues with fertility. A gynaecological ultrasound scan can help to detect the presence of fibroids and determine whether they need to be removed.

Similarly, they can also detect cysts. While the majority of cysts are benign, some could be cancerous. Ultrasound scans can help to determine whether a cyst is cancerous or not. This would help patients to seek faster treatment.

If you’re experiencing pelvic pain, you may also find a gynaecological ultrasound scan to prove effective at identifying the issue. Typically, pelvic pain is common in most women during menstruation. However, if you are experiencing worse pain than usual or bouts of pelvic pain outside of your menstrual cycle, it could point to abnormalities.

An ultrasound scan can accurately detect conditions such as Endometriosis and adhesions. In terms of Endometriosis, there is no cure available and diagnosis can take years when going through a GP. An ultrasound scan doesn’t just detect the issue, it can also reveal how severe it is. This allows patients to discover their best treatment options moving forward.

Gynaecological ultrasound to identify irregular bleeding and the menopause

Although it is inevitable, many women can suffer nasty side effects when going through the menopause. The menopause itself is diagnosed when periods completely stop for at least one year. However, in the years leading up to the menopause, changes can start occurring in the body. One of these changes is irregular bleeding.

An ultrasound scan can help you determine whether your irregular bleeding could be caused by the perimenopause, or whether it is linked to something else entirely. The majority of the time, it is caused by benign abnormalities or hormonal issues. Knowing what is causing the issue gives you the best idea of how it should be treated.

Finally, another common reason to undergo a gynaecological ultrasound scan is due to issues with fertility. Many women suffer from fertility issues today and it can understandably be frustrating and worrying when issues do occur. An ultrasound scan can help to determine whether there is an internal problem.

These are some of the main reasons why you might need a gynaecological ultrasound scan. They aren’t just crucial in the detection of numerous issues; they can also help to reveal the severity of a problem too. This, in turn, helps clinicians determine the best possible treatment moving forward.

Diabetes Drug Could Be Answer to Recurrent Miscarriage
Scroll to top