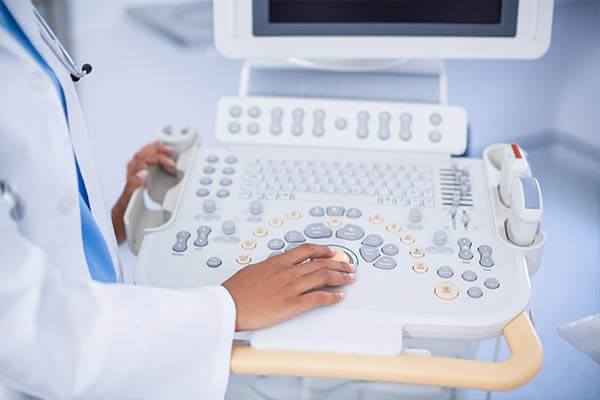 As with so many women’s health issues, endometriosis can be difficult to diagnose, as the symptoms vary from person to person. In fact, sometimes those women with the most severe-looking lesions have virtually no symptoms.

A recent study published on the British Medical Journal website aims to solve these diagnostic issues, by suggesting that endometriosis be reclassified as a ‘syndrome’ rather than a ‘disease’.

What is a syndrome and how does endometriosis fall into this category?

The word ‘syndrome’ comes from the Ancient Greek word for ‘running together’ and is used to describe groups of symptoms that usually occur alongside each other, where the root medical cause is unknown or not fully understood.

As mentioned above, symptoms of endometriosis can be varied – some women suffer from pelvic pain, difficult periods and pain during sexual intercourse, whilst others may experience fatigue, or irritable bowel symptoms.

There may be obvious endometriotic lesions around the uterus, with virtually no other symptoms, or there could be severe symptoms with almost non-existent lesions. The link between lesions and other symptoms is not fully known.

The authors of the study claim that reclassifying endometriosis as a syndrome would allow for better and faster diagnosis and treatment, thus improving patients’ quality of life.

There is currently an average delay of seven to eight years between the onset of symptoms and an official diagnosis of endometriosis.

One of the problems causing a delay in endometriosis diagnosis is a lack of surgical services within the NHS to allow doctors to confirm the existence of the lesions. Reclassifying the disease as a syndrome wouldn’t help with this aspect.

However, currently the main symptom that is officially recognised in endometriosis is persistent pelvic pain. Many women with lesions do not experience pelvic pain, whilst many women with pelvic pain do not have lesions.

As a syndrome, the definition of endometriosis would allow for a much broader range of symptoms. So, clinicians would be more likely to refer women for investigation if they had irritable bowel syndrome, or fatigue, for example, rather than assuming it could not be endometriosis because of the lack of pelvic pain.

What other benefits are there to reclassifying endometriosis?

One major benefit of the reclassification would be a more targeted treatment. With diseases, treatments are aimed at the cause, whereas with syndromes the aim is to treat the symptoms.

So currently, treatment for endometriosis is based solely on removing the lesions, which can put women at risk, and often doesn’t resolve the symptoms.

Treating it as a syndrome would allow clinicians to offer a more holistic approach, helping to manage the symptoms, which – for most sufferers – are the biggest issue.

If you have been experiencing any of the symptoms associated with endometriosis, why not contact us on 07835 736627  today and make an appointment to see one of our specialists.