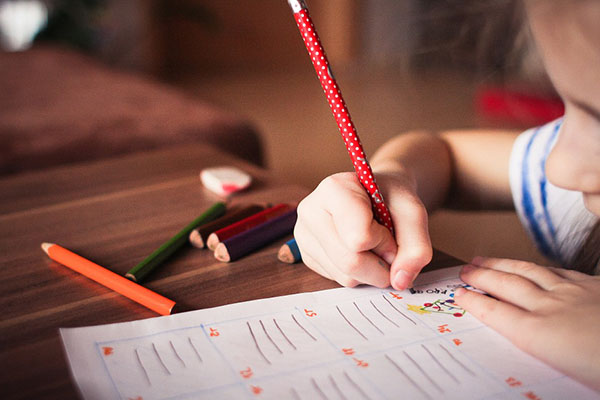 A new study has revealed early pregnancy scans could detect whether a baby is left or right handed.

Up until now, it’s been believed that children only start to show signs of being right or left handed during the toddler stage. However, the new research carried out shows vital signs which determine whether a child is left or right handed, could actually be found in early detection scans.

Dominant hand preference could be determined as early as eight weeks

The new research conducted by the Ruhr University Bochum in Germany, claims a child’s preference for being right or left handed can be determined as early as eight weeks into the pregnancy. Results of the study have been published within the eLife Science Journal.
Ultrasounds carried out after 13 weeks can show whether baby prefers to suck their right or left thumb. So, why is this considered an exciting discovery? According to the researchers, it’s entirely changed our understanding of the causes of hemispheric asymmetries.

What else did the study reveal?

This means that the side of the body which carries out the movement is determined by the spinal cord. What’s most interesting, however, is that within the womb, the motor cervix isn’t actually connected to the spinal cord. Therefore, the fact it has been proven babies do appear to have a dominant hand preference in the womb suggests the brain really doesn’t have anything to do with it.

It is the first time the fetal spinal cords right and left anterior and cervical thoracal segments, have shown differences between relevant gene expression. The research revealed at eight weeks, the gene expression asymmetries were most pronounced between both halves of the spinal cord. It was recorded that 3.29% of entire transcripts which showed biologically relevant differences within left-right gene expressions.

The results of the study could also help doctors detect signs of autism and schizophrenia. This is because the dominance of the cerebral hemisphere which controls left or right handedness, can also determine speech and language. This means it could prove to be an indicator of autism, schizophrenia and depression.

Although this new research is exciting, the scientists claim more research is required to determine whether or not ultrasound scans can detect left or right-handedness.

So, patients shouldn’t expect to be able to discover whether their baby is right or left handed in current 12-week scans. It will likely take a good few years before early ultrasound scans can successfully reveal your baby’s preference.

Overall, this new discovery is an exciting development. It may take a few years to complete additional studies, but it seems highly likely a baby’s left or right handedness will be detected in early pregnancy scans in the future.

Pregnancy Scanning FAQs: When Can I Find Out the Gender of My Baby?
Scroll to top